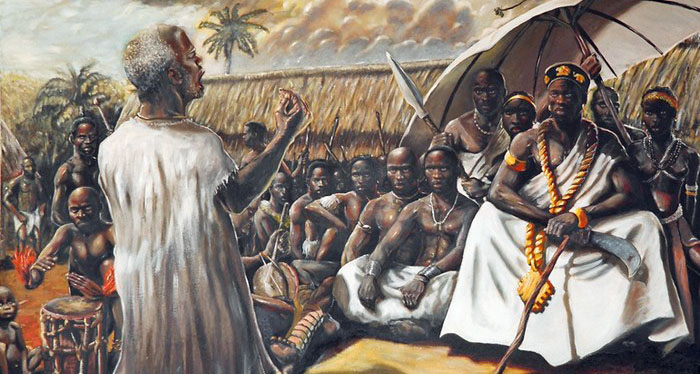 The temperature was stifling when members of Women’s Voices Raised for Social Justice visited the Griot Museum on St. Louis Ave. in July. Thieves had stolen copper from the institution’s air conditioners, and visitors and the wax mannequins alike seemed on the verge of melting.   But perhaps it was fitting that we should be uncomfortable, because the museum itself is full of uncomfortable reminders of the black experience in America.

“Griot” [pronounced “Gree’-oh”] is an African word for storyteller, and the purpose of the museum is to preserve the memories and tell the stories of the people who were captured and brought to America early in the history of our country.  It features reproductions of conditions on a slave ship, and a replica of a typical cabin inhabited by slaves during the early 1800s.  There are life-size wax models of African-Americans with Missouri connections….Dred and Harriet Scott, George Washington Carver, Percy Green, the Rev. Earl Nance Sr.  There is information about the first black woman millionaire in America, who was from St. Louis.  There are stories and photos depicting the black response to one of the most unique (and formerly racist) traditions in St. Louis, the Veiled Prophet ball.

A special treat was an exhibit of illustrations for childrens’ books by artist Bryan Collier, titled “Defining Moments.”  After experiencing the museum and viewing the illustrations, some of us sat around a table, sipped ice water, and wondered about our own “defining moments.”

During the early 1960s, when the struggle for civil rights was at its peak in America, many of us were in college.  There was no Facebook or Twitter; for most of us getting “the news” meant an occasional trip to the library for a newspaper or a few minutes before a TV in the student union.  We were worried about classes and grades and boyfriends.

Others of us were married and raising children and pretty much oblivious to anything going on in the world.

So on that sweltering afternoon at the Griot, we took a few minutes to reflect:  Would we have had to courage to join the Freedom Riders?  What would we have been willing to sacrifice in the struggle for civil rights?  Is the struggle over in 2011?  What, if anything, are we willing to give up today?

Questions worth pondering, then and now.  Hopefully, it’s never too late for a personal “defining moment.”