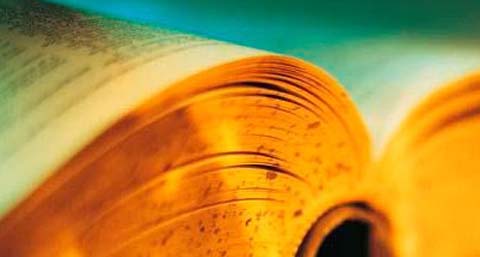 Newspapers, linguists, politicos, magazines and blogs are always looking for end-of-year hooks for stories. One perennial favorite is to choose—unilaterally, or via a poll or reader suggestions—the word or phrase that either best characterizes the past year or that went viral for one reason or another. The American Dialect Society  sponsors an annual contest, to which the public can contribute its nominees. ADS’s guidelines for nominated words offer a good framework for evaluation:  According to ADS, the best “word of the year” [WOTY] candidates are:

ADS will announce its winners on January 5. Until then, here are some options—suggested by other sites and groups—that seem worthy of consideration:

National Public Radio’s [NPR] resident linguist, Geoff Nunberg says, “If the word of the year is supposed to be an item that has actually shaped the perception of important events, I can’t see going with anything but occupy. It was a late entry, but since mid-September it has gone viral and global…Occupy is that rare linguistic phenomenon, a word that bubbles up out of nowhere and actually helps to create the very thing it names.” Nunberg’s full explanation of his reasoning offers an excellent analysis of the linguistic and political implications of his nominee.

Hard to pronounce [“ter-JIV-er-sate” ], and outside the everyday vocabulary of most people, it means  “to change repeatedly one’s attitude or opinions with respect to a cause, subject, etc.; equivocate.” It’s Dictionary.com’s word of the year. The panel of editors who chose it describe their decision this way:

We could say that, in 2011, the stock market tergiversated; or that the public tergiversated about Occupy Wall Street…”This word encompasses a sense of ‘flip flopping’ but it also implies a number of other complicating forces. Unlike ‘flip flop’, ‘tergiversate’ suggests a lack of intentionality – it’s a change in state more out of necessity, as new events happen at great speed, whether in the economy, politics or attitudes.”

The word’s origins come from the Latin for “to turn one’s back”. Though not in common usage, it was utilized by The Times of London in August to describe the changing attitudes of stock markets.

Dictionary.com’s panel also considered “occupy,” “austerity,” “jobs” (both the noun and the person), “zugzwang” and “insidious.”

“Volatility may not be trendy like “occupy” or “Arab Spring,” but it’s the one word that characterizes the bipolar mood of 2011 in everything from politics to economics,” writes Dennis Brown, on his blog, The Web of Language:

Volatility describes the Tea Party and Occupy Wall Street; the wars in Afghanistan and Iraq; scandals in college sports and investment banking; the Republican presidential scramble and the Greek debt crisis; regime change in Libya and in Italy; the Iranian nuclear build-up and the Fukushima nuclear melt-down.

Throughout the year, the Dow Jones Index has been the poster-child for volatility, jumping up and down by hundreds of points like a high-stakes game of Chutes and Ladders. Indeed, given the daily shake ups not just of the year that was, but of the ten years since 9/11, volatility could well be the word of the decade, and with no end.

Never heard of it? Yeah, me neither. That’s because it’s a phrase more in use across the pond—in England—than in the U.S. But, it’s the word [or should we say phrase] of the year chosen by Oxford Press.

Squeezed middle: the section of society regarded as particularly affected by inflation, wage freezes, and cuts in public spending during a time of economic difficulty, consisting principally of those people on low or middle incomes.

Runners-up on the Oxford list were: “arab spring,” “bunga bunga” [see: Berlusconi], “clicktivism,” “crowdfunding,” “fracking,”  “gamification” [wha?], “occupy,” “the 99%,”” tiger mother” and “sifi” [huh?]. That last one may not win WOTY, and it’s really acronym, but it’s one that, in current, global economic times, might be a concept to keep in mind. It means:

A look at the past decade’s WOTY list from the American Dialect Society is a trip down America’s cultural and political memory lane.

But if this year’s word of the year doesn’t become part of your everyday vocabulary[“Tergiversate?” Really?], don’t worry. Many previous WOTY’s didn’t stick around long, either. Mental Floss offers the following list of dead, shortlisted WOTY’s that must have seemed trendy at the time, but now occupy space in the dead-word dust heap. They include:

“Meatspace,” 1995 [It was supposed to refer to the “real” world, as opposed to cyberspace.]

“Intexticated,” 2009 [Shorlisted by Oxford Dictionaries, but ultimately defeated by “unfriend.”

“Millennium bug,” 1997 [This phrase had a short run, especially because the expected global financial disaster predicted for 2000 never happened. In 1999, “Y2K” got more play.]

See ya’ next year. I plan to still occupy this spot in 2012, without tergiversating. My middle, however, could use a bit of squeezing.