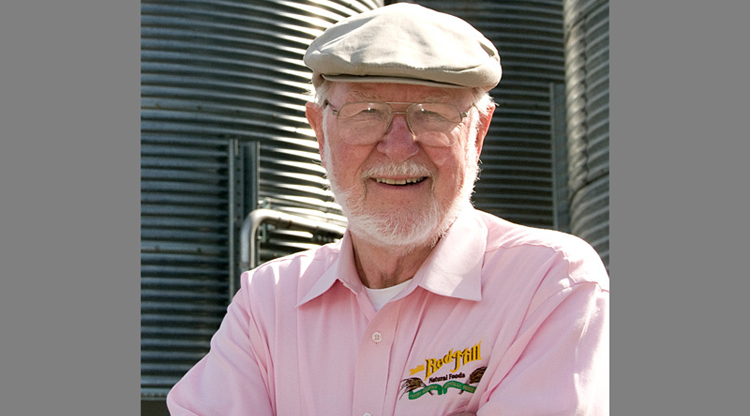 Bob Moore, a retired automobile service manager and advocate of healthy eating, founded Bob’s Red Mill Natural Foods with his wife Charlee, in 1978. If you shop in health food stores, you may be familiar with their distinctively designed, old-fashioned looking bags of healthy flours and cereals. Today, the company has 209 employees, revenues of over $30 million a year, and offers over 400 varieties of stone ground flours, whole grains, cereals, and bread mixes. Bob’s Red Mill is located in Milwaukee, Oregon, a suburb of Portland.

In 2005, the USDA released new dietary guidelines advocating at least three servings of whole grain foods daily—a recommendation in line with Bob and Charlee’s thinking about healthy eating. Happily, both Oprah Winfrey and the Today Show highlighted Bob’s Red Mill’s products as a way to satisfy whole grain dietary needs. Since then, the company has grown 20 to 30 percent each year.

On his 81st birthday, Bob decided to give the company to his employees, and has begun transitioning Bob’s Red Mill to an employee stock ownership program (ESOP). In this type of ESOP, stock is held until retirement or the employee leaves the company. Anyone who has three years or more tenure is fully vested.

Bob has proven that a business doesn’t have to exploit workers, or be ruthlessly focused on the bottom line to be successful. By keeping the company privately owned, he has been able to concentrate on the long-term health of Bob’s Red Mill and its employees while avoiding the short-term pressure of quarterly reports and the demands of shareholders. Happy with their working conditions, some of Bob’s employees have been with him for decades and were able to put their kids through college.