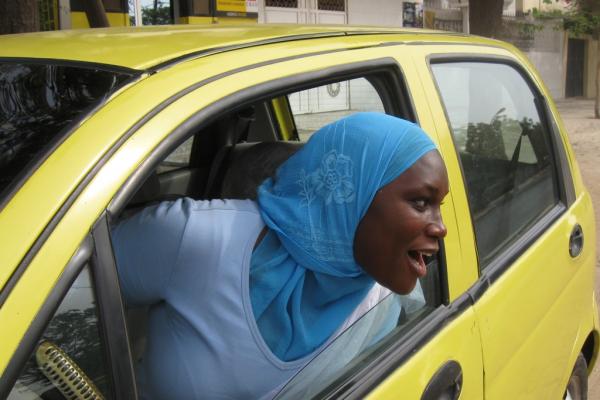 In a first for Senegal, a conservative, predominantly Muslim country in western Africa, women have been granted licenses to drive taxis, and the program, initiated three years ago, is about to grow. Only a few women have the licenses, and they lease their taxis from a special fleet of 10 hatchbacks made available by Senegal’s government on a rent-to-own basis. Initiated by Senegal’s President Abdoulaye Wade, the program began as part of a microfinance plan to create opportunities for small businesses in Senegal’s struggling economy.

Although they have bumped into resentment from male taxi drivers, who say that Senegal already has too many taxis, the “taxi sisters” have received positive feedback from riders and cheers from well-wishers on the streets. When the first licenses were offered, hundreds of women applied. The unintended consequence may be a demonstration of a previously unrecognized entrepreneurial urge among Senegalese women, and their courage, when economic opportunity presents itself, to challenge traditional taboos.

The success of the pilot program has prompted Wade to call for expanding the all-woman fleet to 2,000 cars by 2015.