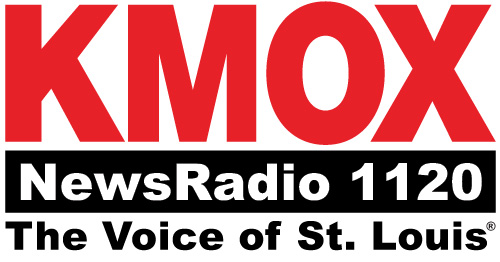 Ron Jacober has been broadcasting for 38 years. He has called games for the St. Louis Cardinals, the St. Louis Blues, the St. Louis Storm and Ambush soccer teams, University of Missouri football as well as S.L.U. and Mizzou basketball teams. Most of his work has been with KMOX Radio in St. Louis–a station that, esssentially, invented talk radio. Ron has done the nearly impossible, maintaining the decades-long tradition of the station’s “Sports on a Sunday morning.” Filling the shoes of the late Bob Burnes was difficult, but Jacober has  combined Burnes’ civility and decency with a very inquisitive mind and resourcefulness to bring on the air the figures in sports who fans most want to hear.  Jacober [R] shared memories and opinions with me [A] in a recent interview. A: Can you talk about the changes that have happened at KMOX since Mr. [Robert] Hyland [former KMOX general manager] passed away?

R: Dramatic, obviously, but the industry has changed so much. When Hyland was running that place, and he was a genius in his own way, I mean he created “talk radio” a lot of people don’t realize that, and it’s all over the world, now. He gave away the music library. He had thousands of records there, because he used to play a lot of music. He gave them away and said “we’re going to involve the audience in our conversations on the telephone.” People told him you are out of your mind. I remember Arthur Godfrey came in. I wasn’t there then, but I’m told the story. Godfrey said, “Are you kidding me? Hearing the people call in?” It started off kind of low key, just a few hours a day.

So he was in his own way a genius, but he was a classic, he was an absolute classic workaholic. People said “oh… he came in, in the middle of the night!” No, he came in late in life. I was working afternoons and evenings in those days. He would be coming in at 11:00 at night. I would meet him in the elevator many nights as I’m going home, he’s coming in. His hair is still wet from the shower, and he didn’t like for me to see him that way. He would be there all night long. We suspected he napped, but there’s classic stories told about him overnight. I recall that if I needed his total undivided attention early in my time as Sports Director, I would set the alarm, get up at 3:00 in the morning and call him. He would be like “yes” it would be like the middle of the day.

Bob Costas tells a classic story, and I realize that I’m rambling here, but Costas tells a classic story when he was doing Missouri basketball. He wanted a day off and Hyland didn’t like when people would take days off, but he had something that he had to do. So he did the game in Columbia, drove back to the station, fell asleep in the sports office and he woke up about 3:30 in the morning and was going to go in and knock on his door, and ask him for a day off. The way that he tells it is just incredible. He said he turned the corner and this shaft of light is coming out from underneath the inner sanctum, underneath his door. He said, “I knocked on the door, and opened it slightly, and he’s on the phone at 3:30 in the morning.” and he said, “Mr. Hyland, can I speak to you a minute?” and he said, “Can’t you see I’m busy? Talk to me tomorrow!” at 3:30 in the morning; but, having said that, he had no competition really. In terms of the great ratings.

I saw an Arbitron recently as I was cleaning out stuff when I halfway retired. I saw on an Arbitron where we had thirty shares on Sports Open Line at night. I mean thirty shares! It’s inconceivable. Now, if you get an eight or a ten you’re doing well. He had very little competition. There was no ESPN; there was no satellite; no cable. It was and KMOX had everything in those days, had all of the sports, had all the talk, and FM was not necessarily was in its infancy, but it wasn’t very popular. Now, with all of the great sound systems in cars and things, I mean FM is… KMOX is kind of a novelty because in most major markets FM dominates totally. This is one of the rare markets where still an AM station is pretty dominant. So it’s changing dramatically, and I think more because of what’s happened in the industry than what’s happened at the station.

I’ve been through four or five different General Managers. I know that. Each one is different. Each one has their own style.

A: Along that vein, it was after Mr. Hyland passed away that Rush Limbaugh came onboard or invited him on. As an outsider it struck me that this was something that Mr. Hyland wouldn’t want to do. Whether it was Rush Limbaugh, or whether it was anybody who was syndicated, because he took so much pride in having such a fine staff.

R: I don’t think there is any question about that. I don’t think he would have done it. You’re right. He did not want any kind of syndicated program. He wanted all local, and he would not have done that. An interesting sidebar, Rush Limbaugh applied for a job at KMOX.

R: His letter of application is still in framed in the conference room. He was just a young guy at that time, obviously he was in California, but he had been working in the PR Department for Kansas City Royals, and then he got a job in talk radio. So he applied for a job, and they turned him down.

A: The era of Bob Hardy and Jim White, they struck me as people who really tried to play it down the middle, you know, who tried to be fair, didn’t have a political ax to grind, which strikes me as obviously quite different from Rush, and perhaps even Brennan or Reardon.

R: Without question! Especially Reardon wears it on his sleeve. Sometimes Brennan tries to play it down the middle, and you’re not really sure. With Reardon, there’s no question.

A: Yeah, and so, again it would strike me that is somewhat of a loss to the community. Especially for young people who don’t have that experience of hearing people who really try to be objective.

R: Right. I think it’s more a sign of the industry than it is because talk shows are so prevalent now, that you have to have your stick, got to have an angle. You have to have a bet. If you try to play it nice, safe, simple down the middle you’re not going to have the audience that you have if you go, one way or the other. I think it’s more a sign of the times. I mean back in Hardy’s days, there was one station in St. Louis that had talk and that was KMOX. Now you’ve got several. You have it on the FM side. You have several on the AM side because AM radio these days, you better have talk and you better have sports, and you can’t play music. So but you’re right, especially Hardy. I don’t know about Jim. Jim sometimes confused me but I think he leaned, one way or the other, pretty much. Hardy is the reason why I’m here. Hardy is the reason why I’m in the business. It’s very, very… I’ll tell you a very, very quick story.

I was working for the Auto Club of Missouri in P.R. when I got out of college, and out of the Army. I was calling on a radio station in Bellville, WIBV, with a school safety patrol campaign, school is open, that kind of a thing. The program director there knew me a little bit. He said, “You’ve done some radio, haven’t you?” I said, “I took one class in college, and worked a little bit in the station in Herrin, Illinois in graduate school.” He said, “How would you like a part-time job?” I said, “geez like when?” He said, “How about tonight?” They had let somebody go. I didn’t do it at night, but I wound up working over there for two years, on weekends. WIBV, and Bob Hardy lives in Belleville. I was about ready to say yes, been a blast; but I’m working seven days a week, got two little kids all night, got to probably knock this off. Hardy, called me and said, “We’re looking for a part-time weekend guy at KMOX.” Which you have to understand it was like God calling me. So I went down and auditioned, and they hired me to work weekends.

So, I’m working weekends there, and still in the Auto Club. At that time, I was Assistant to the President, and I’ll never forget, they started to talk to me about becoming full-time, and Sam Priest. H. Sam Priest was the President of the Auto Club, and he had a high squeaky voice. He called me and said (very high) “You know it doesn’t look very good for the Assistant to the President being caught on the radio moonlighting on the weekends?” I said, “You’re right Sam, I quit!” He said, “What?!” So that’s how it all started, and Hardy had called me. I had no idea what I would be doing, but I wouldn’t be doing this.

A: It seems like, you know, whether it was Hardy or Hyland, they had a real eye for talent, they got you, they got Costas. That leads me to another question, which it strikes me that people such as yourself, Jack Buck, Joe Buck, Bob Costas, in the sports department seem to have knowledge and curiosity in areas outside of sports. Do you think that exists with the younger generation of those who are involved in sports?

R: No. I mean you have to count Dierdorf in that too. And Bob Starr who was outstanding; who died too young; and Dan Kelly. You were right there were some great names run through there. The kids, I call them kids because they are to me, they’re probably…. Kevin Wheeler, I like him very much. He is a very smart kid, but he’s a geek. He’s a sports geek, and he laughs. He said, “you’re right I am.” He lives it, and breathes it, that’s all he does. He doesn’t want to do anything else, doesn’t want to talk about anything else. You talk politics or religion? No chance! I think most of them are not very well rounded if that’s what you’re asking me?

A: That’s it exactly.

R: They’re just not, and I don’t know if that’s what they have to be to make it these days, I don’t know. They’re just not. I mean Kevin lives, breathes. I mean he plays all of these fantasy games. He goes home after he gets off of the air and watches West Coast baseball games. I have never done that, and I can’t do it. There’s too many other things that I like to do.