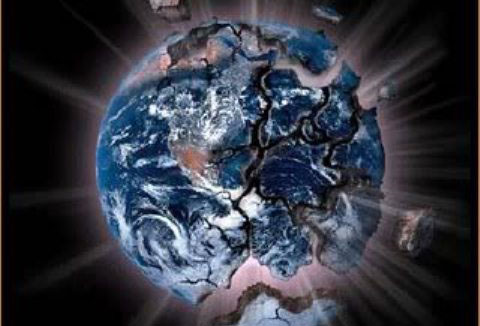 I was pretty content in my younger conservative days. I don’t know if that was a reflection of political apathy, ignorance, or naivete on my part; I had an abundance of all the above. I also had religion, a decent education, and a narrow view of the world. When I started adding kids to the mix, everything changed in unexpected ways.

Being from a conservative, politically mixed family in small town Missouri meant that “family values” were most often associated with religious Republican families. It was with some trepidation that I evolved into the liberal stay-at-home suburban St. Louis mom I am now. I was a pro-death penalty, pro-guns, anti-gay marriage, pro-life, church-going conservative Democrat. It sounds unbelievable, even to me.  I hold the complete opposite viewpoints 15 years later.

What some of my liberal peers don’t always understand is that being conservative doesn’t necessarily mean emotional detachment or uncaring. I cared as much then as I do now. Shortly before getting married, my then-boyfriend and I once took in a perfect stranger who lost her apartment when her roommates suddenly moved out. She stayed with us a few weeks until she was on her feet and was unwittingly an accomplice to losing my religion, but that is another story.

We gave rides to homeless hitchhikers, gave our meager spare dollars to charitable causes, volunteered time, and stopped to help stranded motorists. Not much has changed in that respect. Then, as now, we couldn’t look desperation in the face and keep walking.

The pivotal moment in personal politics

For a time after our first baby joined the family, we closed ranks. As a new parent, my priorities changed abruptly; most of them becoming centered on someone other than myself. I started to think more about the political and global issues that affected my daughter, the choices she would have, the legacy my generation would leave for our children’s children. Having children gave me a sense of responsibility for others, which is different than simply caring and in many ways a lot tougher.

When our second child was not yet two years old, terrorists attacked and towers were toppled. Terrified and heartbroken, we lived through the horror of the attacks and weeks following shell-shocked and out of sorts. It wasn’t until President Bush announced we were going to war that the fog began to lift.

I started thinking, “It could have been my husband or my children who were victims of the attacks.” Or it could be my children going off to war. It wasn’t. They were others’ husbands, wives, daughters, and sons. That too horrified me and filled me with apprehension about the wars.

The “war on terror” stopped making any sense to me around the time I became more fearful for the children of Iraq and Afghanistan than for my own. It occurred to me that we might seem like terrorists to them with our tanks and missiles, night raids, and mortar shells. Could it be possible that everything those children knew and trusted and took for granted was suddenly and irrevocably shattered? Were their parents distraught with helplessness and loss? I knew the feeling.

As my awareness grew and my perceptions of the world changed, so did the way I interacted with the world. One of my favorite sayings is “think globally, act locally”. That used to be a foreign concept to me. I was thinking locally, acting locally, and primarily helping those in my direct line of sight. That was fine for the smaller community we were part of, but what of the rest of the world? If I cared and felt responsible for everyone, I needed to think globally while acting locally.

What being a Liberal is to me

Enter the pigeon-holed liberal values of environmentalism, peace, human rights, and freedom. These are things I not only care about but issues that affect everyone. Certainly these are things I want my children to be aware of. Not that family values, tradition, and community service are bad, but they stopped being enough for me. Some of these values weren’t a good fit for a conservative like me. Not many of my former conservative peers were on board with women’s reproductive choices and LGBT equality, for example. Who else cared and wanted to do something about it?

I began to see that conservative ideology tends to be expressed in ways that are exclusive, not inclusive, and thus of the localized variety. Others’ idea of what family values meant no longer meshed with the things my family values, such as tolerance.

People who knew us pre-parenthood thought we were naïve and idealistic. Funny so many of the same people still think that way, though their reasoning has changed. They don’t seem to understand that being liberal doesn’t mean I gave up on family values and lost my sense of community. My family and community expanded to include several billion more people, so if anything those things became much more important.

We still care about tradition, which is why we’ve started so many new ones. We still help the local community through volunteering and donating. And a few times, buying that homeless guy lunch. Who said there’s no such thing as a free lunch? (Disclaimer: I plead ignorance of any past, present, or future ordinances against feeding the homeless in public)

The process of going from point A on the political spectrum to point Liberal was completely natural. Because evolution is a slow but steady process, my opinions and beliefs are always changing with new input. And new kids; we have four now. I’m always going to be grateful to them for rocking my political world.

An aside for the Todd Akin’s of the world: liberalism is first and foremost a compassionate ideology, not dogma. Like it or not, government is the means through which ideologies of all types are shared and spread. And whether I like it or not, that includes some ideologies with narrow and limited scope. We all have an opportunity and a duty to promote tolerance and unity. As a public servant, you can do that simply by hearing what all of your constituents have to say. What have you got to lose?