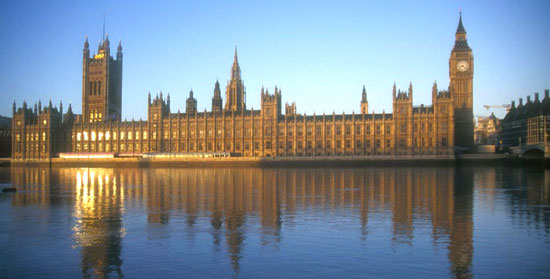 Not too long ago, Fareed Zakaria pointed out in Time Magazine that there were economic benefits to industrialized countries that have parliamentary systems.

He suggested that the “Romper Room” behavior of our Congress during the debate over raising the national debt never would have happened in the United Kingdom or other countries with similar governments.

In parliamentary systems, power is united so that when, for example, the British Prime Minister’s coalition takes office, it controls the legislative branch as well as the executive. The Prime Minister is, in effect, chief legislator as well as chief executive. The ruling party gets a chance to implement its agenda, and then the public can either re-elect it or throw the bums out. The U.S. system is one of shared and overlapping powers. No one person or party is fully in control; everyone is checked and balanced. People have to cooperate for anything to get done. That is why the Tea Party’s insistence on holding the debt ceiling hostage in order to force its policies on the country–the first time the debt ceiling has been used this way–was so deeply un-American. President Obama seems to have trouble with the variables that are endemic in a separation of powers system. Most of the criticism of his presidency has related to what legislation he has sought from Congress or how he has negotiated with leaders and members of the legislature.

If the United States had a parliamentary system and Barack Obama was prime minister, his strengths would shine. There would be no confrontations with the John Boehners or Rand Pauls of the world. Rather he would be the leader of a combined executive and legislative coalition which would represent the people’s preference for the agenda of the Democratic Party rather than the Republicans or the Tea Partiers.

One of President Obama’s strengths is that he is a conciliator; a man who prefers bridge building to divisiveness. Imagine if he had a veto-proof Senate controlled by Democrats as well as a Democratic House of Representatives. That would be the scenario if the United States had a parliamentary system.

He could collaborate with the leader of the Senate, Harry Reid – or perhaps someone more dynamic, and the leader of the House, Nancy Pelosi. They would sink or swim together and their focus would be on policy. That would stand in stark contrast to our present system in which no policy issue is without its political implications. In the United States, legislators often say that members of both parties need to “rise above politics and put partisanship aside.” The implication is that there are a few select occasions when politics needs to trump statesmanship, but at all other times policy reigns supreme.

Democrats also tend to put politics first and policy second. However, they do not share the callousness towards the needs of the disenfranchised that Republicans have.

This is a rough and tumble game and it is somewhat surprising that Barack Obama has not excelled in it. He is extremely bright and understands the dynamics of the political process. But for reasons that most of his supporters struggle to understand, during the first two and a half years of his administration he tended to negotiate in a fashion in which he insisted on being casually reasonable while his opponents are often ruthless. As many observers have said, President Obama seems to negotiate with himself first and next with his political opposition. It seems that he makes concessions without receiving anything in return. Perhaps he thinks that the nature of negotiations is that he will lose something, so why not speed things up and unilaterally make the sacrifice even before negotiations begin. Why did he give away the single-payer system, much less the public option, in the health care negotiations without receiving anything in return?

In a parliamentary system, Barack Obama would not be faced with such negotiating challenges. It is much to his credit that he prefers to avoid confrontation and prefers give and take. But when the opposition only believes in taking and is unwilling to give, then the system won’t work. That is how in many ways Barack Obama’s stewardship of the country has seemed to go.

We can hope that he is becoming savvier and better master the dynamics of the United States’ system of separation of powers. However, as evidenced by the recent Congressional defeats for his new jobs bill, President Obama may be helpless to succeed in our system of separate branches of government. It’s truly a shame that there wasn’t a change in the United States’ system of government from separation to parliamentary. He would prosper; the American people would prosper; the world would prosper.

President Obama seems to now understand that Republicans have no interest in cooperation or collaboration. This hurts him in the short-run. However, Republican obstinance may lead to a more Democratic Congress following the 2012 elections. With new wisdom and perhaps a new Senate Majority Leader, perhaps he can generate progress in our system of separation of powers.