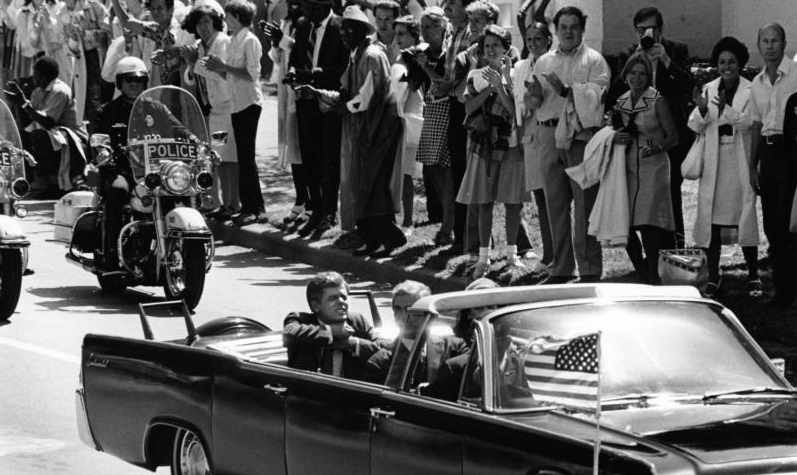 I thought that I had gotten over it; the connection between the assassination of President John F. Kennedy and where it happened – Dallas, Texas. It’s easy to have a visceral dislike of Texas. Simply watch the classic movie Thelma and Louise, in which two runaway women will go anywhere to escape the police and the men who want to possess them …. except for Texas. Look at the last two governors of Texas: George W. Bush and Rick Perry. How can you like a state where the governors take pride in how many individuals the state executes on their watch?

I had a mini-epiphany the evening of October 27, 2011. I was fortunate enough to get a ticket to Game Six of the World Series, a game which has been called, and may have been, the greatest World Series game ever played. It was a single ticket and I was in a section with a few Cardinal fans and a lot of Texas Ranger fans. No sooner was I seated than the gentleman sitting to my right offered me peanuts. He was wearing a hat with the ‘T’ on it for Texas. There were more Texas fans both behind and in front of me. They could not have been more gracious. They naturally cheered for their team, but they also showed appreciation for the remarkable plays turned by the Cardinals. They agonized over their team twice failing to get a final strike to close out the World Series. However, not a disparaging word was said about any Cardinal player, the city of St. Louis, or anything remotely associated with St. Louis.

As child, I liked Texas – what could be more cool than being a real Texas Ranger? They were the “good guys.” But my feelings about Texas did a 180 on November 22, 1963 when President Kennedy was assassinated in Dallas. While the crime may (and I emphasize may) have been the act of just a single individual, it was clear that an atmosphere of hate existed among many Texans towards anyone or anything liberal. Several weeks before President Kennedy arrived in Dallas, his United Nations ambassador, Adlai Stevenson, was attacked by an angry mob in Dallas. Texas seemed to combine the rebelliousness of the South with the independence of the West. Many people held an underlying disdain for the federal government.

But as I said, my experience at Game 6 of the World Series opened my mind to the presence of decency in Dallas. Even if I hadn’t enjoyed being with Texas fans at the game, it was probably about time that I give up my dislike of Texas. There must be some statute of limitations for harboring grudges. It had been nearly 50 years since that fateful day in 1963.

The Kennedy assassination spawned a cottage industry of speculation about what really happened on that fateful day. Each year, as November 22 approaches, new books are published. I can’t help but look if anything new and interesting might be available.

I was thrilled to hear that Stephen King just released a novel called 11/22/63 about an alternative history of the events – fictionalized. As interesting as it sounded, I vetoed it because it was 849 pages long (I had had many Faulkner and Dostoevsky books assigned in high school and college and correctly or incorrectly, I pretty much came to the conclusion that if you can’t say it in a few hundred words, it’s probably not of interest to me.).

Then I learned of a book written by one of the individuals who had the horrendous task of being on duty on that fateful day in November, 1963. Special Agent Gerald Blaine reluctantly wrote his memoirs, with a particular emphasis on trying to clarify many of the mistaken notions about what the Secret Service did and did not do. It’s a heart-wrenching piece as Blaine takes you into the trauma that so many of the agents experienced, both because of the assassination and because of false accusations that they were somehow responsible.

In the middle of the book, Blaine writes of the horror that Mrs. Kennedy as well as other members of the Kennedy family and close friends had to endure at Parkland Memorial Hospital once the president was declared dead. Blaine writes:

The problem, it seemed, was that the murder of the President of the United States was not a federal crime. Thus it had to be treated as an ordinary homicide in the state of Texas. In truth, Dr. Earl Rose had the law on his side. Admiral Burkley had called a justice of the peace in the hopes that he could overrule the medical examiner. But when the justice of the peace, Theron Ward, arrived, he agreed with Rose. In a homicide case, he had no choice but to order an autopsy. The good news, he said, was that it should take only three hours. Three hours? Clearly Justice Ward did not realize who he was dealing with. “You can’t make an exception?” O’Donnell implored. “This is President Kennedy, for God’s sake.” The young justice looked toward Dr. Rose and replied, “In the eyes of the law, it’s just another homicide.” O’Donnell was incredulous. Just another homicide? That did it. “Let’s go,” he said to Roy Kellerman. “We’re leaving. And we’re leaving now.” Everybody in the presidential party agreed. They didn’t have to put up with this crap. Kellerman, O’Donnell, Powers, and O’Brien forced their way through the futile barrier of Dr. Earl Rose, Justice Ward, and a lone policeman. Clint Hill and Paul Landis stayed close to Mrs. Kennedy as the group marched through the empty hallways toward the hearse waiting in the bay outside. Justice Ward stormed off. “It’s just another homicide.” How could anyone feel that way? How could officials in Dallas and Texas not feel a measure of responsibility for what had happened? How could they not feel a sense of shame? How could they not understand that John F. Kennedy was the chief officer of the United States of America and that made him far more important than anyone in Texas? How could they not have the decency to let Mrs. Kennedy begin the arduous ordeal of grieving without a gratuitous three hour wait in which presumably she was supposed to just sit and wait in her blood-stained clothes? Agent Clint Hill describes on 60 Minutes how traumatizing the assassination was for him.

President Kennedy had reluctantly but emphatically taken on the forces of states’ rights. He stood down Governor Ross Barnett of Mississippi and George Wallace of Alabama by federalizing national guards in order to protect the rights of African-American students to enroll in state universities. He knew that the discrimination against African-Americans was generally justified in the south and elsewhere because state laws permitted it. He knew that America was breaking its promises to honor human rights by not challenging these laws. He knew that America’s message to people in other countries to honor human rights rang hollow when African-Americans were attacked by fire hoses as they exercised their right to freedom of assembly.

As Tea Party members and virtually the entire spectrum of the Republican Party express disdain and actual hate towards the federal government, I cannot help but think of how inappropriate that is. and how it’s nothing new. I am among those who believe that the history of the United States over the past half-century would have been very different had John F. Kennedy not been assassinated. We could have continued the commitment to human and economic rights that was gaining momentum as the Kennedy Administration was implementing the New Frontier.

Nothing that has happened to date can be undone. But we need to renew our commitment to human rights. which means challenging the states’ rights argument whenever it stands in the way of liberty. Reading Gerald Blaine’s book tells us more about our sordid past and how much still needs to be done.