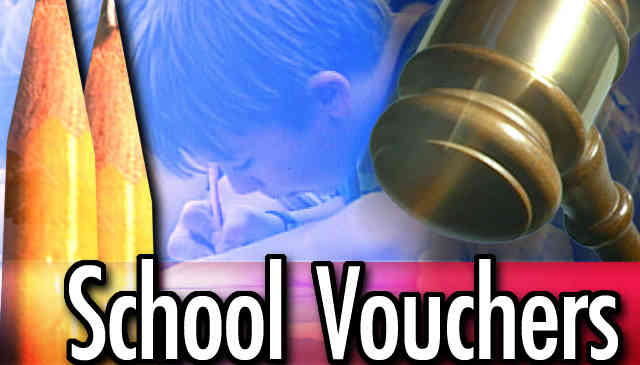 Back in the 1970s, when the presumed (though not necessarily true) reflections of the 1960s still shined a bit, I was involved in the establishment of an alternative school. We were far from the only teachers (and I use that word intentionally in place of educators) who started such alternative schools. The idea was to provide innovative, compassionate, and challenging opportunities for students, particularly those living in inner-city neighborhoods.

None of these schools was based on religious fundamentalism, in fact none of them referred to religion except in historical terms. They had a spontaneity in which the here and now could trump an established curriculum. If something exciting or of special significance happened on a particular day, the curriculum would be put aside and the moment would be seized. I remember once calling the pope collect to get his full opinion on treatment for woman who was comatose and about to die. Surprisingly, the Vatican did not take the collect call.

We often talked of vouchers because some of us were not thrilled at the idea of working for $3,000 a year. Tuition was $580 a year, and frankly, that just couldn’t pull the freight. Foundations and corporations had little interest in such schools, because the type of critical thinking that was encouraged, combined with a certain anti-establishment philosophy, was a threat to them. We were aware of the fact that there was this new idea of educational vouchers. It was more than an idea; it was even happening in Milwaukee and a few smaller communities. The idea was that public money could be used to help these schools. Actually, that’s not technically correct. Rather, each family would be given a voucher or coupon to be used for educational purposes. They could use it to pay “tuition” to whatever school they might choose. The idea could even be extended so that the voucher would cover such educational activities as piano lessons or special art classes.

There were a couple of problems with vouchers. What about quality control? Could the money go to a school where the staff merely wanted to pocket the money and do very little for the students? And then there was the church-state issue. Could the money be used for religiously-based schools, known as parochial schools? In Milwaukee,the answer was yes, but other communities would have to wrestle with the issue.

In August 2012,  Missouri passed a state amendment giving students the “right” to opt out of certain classes for religious reasons. If a student was a “creationist,” he or she would not have to attend classes on evolution, even though all respectable scientific evidence concludes that Charles Darwin was correct. Missouri has tried to inject more religion and right-wing thinking into its schools. It also has a prescribed curriculum that takes all the spontaneity out of teaching and learning that existed in 1970s alternative schools. What a loss for both students and teachers.

Religion and misinformation have become so prominent in voucher schools in Louisiana that students are being taught such “facts” as “Slave masters were nice guys,: “The KKK was A-OK,” and “the Great Depression wasn’t as bad as the liberals made it sound.” As scary as this content is, it’s equally frightening to consider that this is a state-sanctioned curriculum allowable for voucher schools.

In many states, religious fundamentalists have been pushing their agendas with great intensity in public schools and charter schools. Keep in mind that charter schools are a distant cousin of voucher-based schools.

Frankly, no matter how much virtue I might see in the idea of vouchers (and I still hold reservations about them under the best of circumstances), I really can’t support them anywhere in America. That’s because of our regression into the state’s rights movement that brought us segregation and the abrogation of human rights in the worst way. In the case of vouchers, as so many other issues, states just can’t be trusted. So while I hold great interest in and even hope of progress through vouchers, the presence of fifty states mucks it up so much that I have to withdraw my support. One alternative idea replaced with another, and who loses? The students.