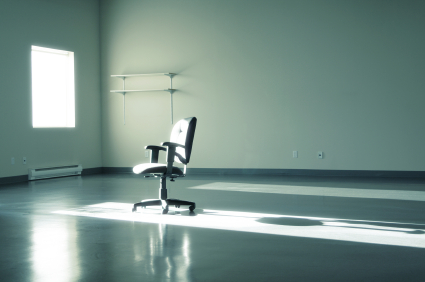 I don’t know why we are surprised at dysfunctional behavior at the Internal Revenue Service: Any agency that has been denied a permanent director since November 2012–and for some agencies, it’s been longer than that– cannot be expected to operate optimally. And that’s really the point: Republicans have blocked President Obama’s appointments on almost every level since day one, because that strategy fits into their overall game plan to deliberately make government dysfunctional–so that Republicans can say, “See? Told ya so. Government is dysfunctional. It doesn’t work.”

The “starve the beast” strategy we’ve become most familiar with is the one where you cut appropriations for regulatory agencies. No money, no enforcement. We’ve seen that at work with the Environmental Protection Agency, the Consumer Financial Protection Agency and so many others. That tactic has been in play since the Ronald Reagan years. [Later recanted by one of its primary proponents–Regan’s budget director, David Stockman.]

The newer game–which has escalated with the arrival of President Obama–is to obstruct agency appointments by hyper-investigating [see: Susan Rice], putting politically motivated holds on appointments, holding appointments for political ransom [see: Missouri Sen. Roy Blunt’s hold on Obama’s appointment of Gina McCarthy to head EPA], delaying hearings, not showing up for hearings, and issuing pre-emptive strikes against anybody nominated by the President [such as Elizabeth Warren and the Consumer Financial Protection Agency]. According to Pro Publica, The Centers for Medicare and Medicaid Services haven’t had a Senate-confirmed administrator since 2006. The Federal Labor Relations Authority has had only a single member since January 2013 and can’t issue decisions. And the Election Assistance Commission hasn’t had any commissioners at all since 2011.

In the meantime, the director’s office in key government agencies is occupied by a deputy or interim director, or by nobody at all. And that’s a big problem.

The job of the head of a government agency–or the head of any organization, for that matter–is to make sure that the mission of the agency is being properly pursued. It’s his or her responsibility to make the gears turn so that the job gets done. The agency director sets the tone, establishes and reinforces the culture of the organization, and is the ultimate enforcer.

So, when an agency is led by someone who everyone knows is a temporary placeholder–which has been the case with the IRS–the mission can get lost, the culture can be in flux, and enforcement can go all squishy. An interim or deputy director doesn’t have the clout–and may not have the nerve– to take tough stands and institute innovations. And lower-level employees may not bother to report issues up the line to a temporary director. So, what you can get is a wishy-washy organization where front-line workers don’t feel part of an overall mission and may feel that what they do doesn’t really matter.  And that’s where mistakes and misguided  decisions come in and can run amok.

But that’s just fine with the current crop of Congressional Republicans. Having created the situation themselves–by stonewalling just about every appointment the Obama Administration has sent up to the Hill–they gleefully pounce on every misstep of the agencies they are intent on destroying. Then, they disguise their cynical, self-fulfilling strategy with outrage expressed on the floor of Congress and in a press that’s oh-so-willing to jump on anything that looks remotely like a “scandal.”

Congressional Republicans are also undoubtedly happy to keep the Obama Administration busy scrambling to find second- or third-choice nominees, fending off hypberbolic attacks on nominees, and defending the actions of lower-level employees in the leaderless agencies Republicans have cynically created. For obvious reasons,  the anti-taxers have got to be  delighted that their outrage du jour comes from the IRS.

The obstructionism and cynicism is escalating in President Obama’s second term.  And, unfortunately for our country, it’s working. The unceasing effort to block anything from happening distracts the administration from accomplishing important goals, makes President Obama look inept [except when Republicans call him a dictator, of course], and keeps the public and the press entertained with ersatz scandals, rather than engaged in real issues.

And there is no end in sight.