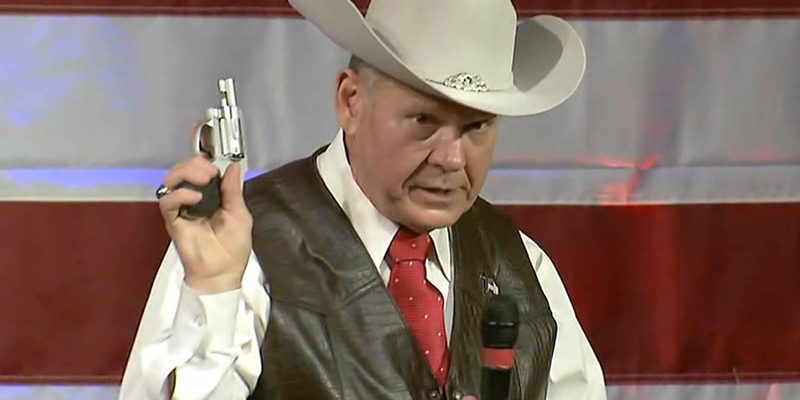 When a 94-year-old ex-president gropes your backside, is it sexual assault, sexual harassment, inappropriate touching or what? As women, at long last, feel confident enough and free enough to tell what has happened to them, and as we try to understand the scope of what has been happening for as long as men and women have existed, it seems that we need a better vocabulary to describe these situations. Fortunately, there is the Violence Against Women Lexicon, a resource created by the Centre for Research & Education on Violence Against Women & Children, based in Ontario, Canada.

The Lexicon offers a compendium of terminology, from “Abandonment” to “Youth Violence,” sourced from a wide variety of organizations that work with survivors of abuse and violence of all varieties. Much of what has been reported recently has been lumped under the vague term “sexual misconduct.” But there are better, more precise words, and they’re listed with detailed descriptions in the Lexicon.

Here are some of the terms included in the Lexicon. I’ve selected them [with edits for length] not to be comprehensive — or prurient — but to illustrate that there are nuances and degrees along the spectrum.  I’ve focused less on commonly understood terms, such as rape, and more on terms that are often thrown about without clear definitions, or on those that give precision to specific kinds of behaviors, or on  terms that I didn’t know existed. Some of the terms overlap, perhaps reflecting the lack of consistency in calling abuses by agreed-upon names. Also, in this lexicon, they focus on the abuse of women, but they apply to male victims, as well.

You’re going to cringe at some of these, and — unfortunately — you’re going to recognize many of them as describing some of the abuses we’ve been reading about lately. These terms would be useful, I think, in helping women, healthcare professionals, news reporters, commentators, and law enforcement personnel to be more accurate in defining what has occurred. For a complete—and very disheartening—list of terms about the vast varieties of abuses that continue to run rampant in modern culture, please take a look at the full Lexicon.

Abusive sexual contact: Intentional touching, either directly or through the clothing, of the genitalia, anus, groin, breast, inner thigh, or buttocks of any person without his or her consent, or of a person who is unable to consent or refuse. [9]

Child/Youth sexual abuse: A person under the age of 18 years old who has been involved in a sexual act with a person in a position of trust and authority by age, strength, or intelligence, including acts such as touching, fondling, exposing oneself, participation in prostitution and any participation or viewing of pornography. [12] Any sexual contact with a child or any activity undertaken with a sexual purpose. It can include genital fondling, digital penetration, or an invitation to sexually touch the perpetrator. [28]

Coercive sexual initiation: The use of persistent coercive strategies (i.e., psychological and emotional manipulation, verbal persuasion, or physical tactics) to initiate sexual contact…In some studies, sexual coercion includes the use of alcohol or drugs to decrease the victim’s inhibitions to obtain sexual contact…Other studies narrow the definition to include physical tactics such as continual attempts to sexually arouse the victim and removal of clothing.

Consent: Agreeing to sexual activity – for example, kissing, touching, intercourse – with another person.  Consent is voluntary.  Even if you consent to sexual activity, you can still change your mind (decide you want to stop).  Without permission (consent), it is sexual assault.[35]

Cyber Misogyny: The various forms of gendered hatred, harassment, and abusive behaviour targeted at women and girls on the Internet. [89]

Dating violence:  Abuse or mistreatment that occurs between “dating partners”, individuals who are having – or may be moving towards – an intimate relationship.1 Dating abuse or dating violence is defined as the perpetration or threat of an act of violence by at least one member of an unmarried couple on the other member within the context of dating or courtship. [21]

Digital Dating Abuse: When one partner in an intimate relationship uses technology (e.g. cell phone) and social media to harass or control the other. [89]

Emotional abuse: Includes verbal attacks, such as yelling, screaming and name-calling. Using criticism, verbal threats, social isolation, intimidation or exploitation to dominate another person. Criminal harassment or “stalking” may include threatening a person or their loved ones, damaging their possessions, or harming their pets.[50]

Harassment in the workplace: Any conduct based on age, disability, HIV status, sex, sexual orientation and other factors that is unreciprocated and unwanted and affects the dignity of men and women at work.

Incest: Any sexual behavior imposed on the child by a family member, including extended family members such as teachers or clergy. Sexual contacts may include a variety of verbal and/or physical behaviors; penetration is not necessary for the experience to count as incest. [11]

Intimate sexual violence: Physical, sexual, or psychological harm by a current or former partner or spouse. This type of violence can occur among heterosexual or same-sex couples and does not require sexual intimacy.

Invitation to sexual touching: For a sexual purpose, inviting, counseling or inciting a person under the age of 16 years to touch, directly or indirectly, with a part of the body or with an object, the body of any person, including the body of the person who so invites.

Non-consensual sharing of intimate images: The distribution of intimate images to third parties without the consent of the person shown in the image. [89] Images are often distributed as a form of revenge against a former partner, and may have been taken without the victim’s knowledge or consent, or may have been shared consensually in the context of a former intimate relationship with the expectation that such images would be kept private.

Partner assault: When a woman is repeatedly subjected to ANY type of intimidation by a husband, boyfriend or ex-lover. The purpose is to control her behaviour by putting her in a state of fear.[3]

Physical abuse: The intentional infliction of pain or injury by: Slapping, shoving, punching kicking, burning, stabbing and/or shooting, poisoning. “Caring” in an abusive way including giving too much medication, keeping confined, neglecting or withholding care, Using a weapon or other objects to threaten, hurt or kill. Sleep deprivation – waking a woman with relentless verbal abuse. [22]

Psychological and emotional abuse: The use of systemic tactics and behaviour intended to control, humiliate, intimidate, instill fear or diminish a person’s sense of self-worth, including: Verbal aggression. Forcibly confining a woman. Stalking/harassment. Deliberately threatening behaviours (e.g., speeding through traffic or playing with weapons). Threatening to harm or kill children, other family members, pets or prized possessions. Threatening to remove, hide or prevent access to children, or threatening to report the woman to authorities. Threatening to put the woman in an institution. Threatening to commit suicide/attempting suicide. Controlling a woman’s time, actions, dress, hairstyle, etc. Denying affection or personal care. Taking away a woman’s teletype writer (TTY), medication, hearing aids or guide dog. Belittling a woman through name calling or descriptions such as ” stupid”, ” crazy” or “irrational”. Accusing a woman of cheating or being promiscuous. Leaving a woman without transportation or any means of communication. [22]

Sexual solicitation or advance: A person suggests that if you become sexually involved with him or her, he or she will give you a better grade or some other type of incentive. [17]

Unwanted sexual contact: Unwanted sexual experiences involving touch but not sexual penetration, such as being kissed in a sexual way, or having sexual body parts fondled or grabbed.