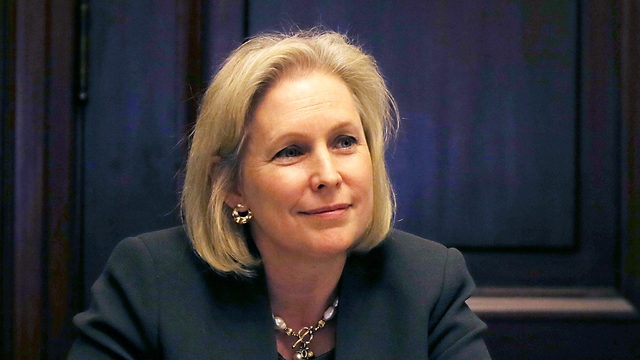 I feel fortunate in my work life because for the most part I have worked with more women than men. At the risk of generalizing, it seems to me that the women with whom I have worked have more of a balanced view of life and can find the fulcrum that establishes a healthy balance between reason, empathy and irony.

I have supported the notion of more women in public office, not just because it is fair and just, but also because it seems that more women have insight into the issues that confront us and are skilled at developing solutions. Last, it’s about as proven as proof can be that women are less corrupt than men.

The 2017 revelations of men behaving badly is surprising, except it’s not. Sex and power are driving forces in human nature and they both lead is into the land of “where do I draw the line?” The #Metoo movement has been healthy as more and more women reveal their knowledge of men behaving badly.

But there is collateral damage with this. Not only are they shining the light on men behaving badly; the illumination extends to men who …. are just behaving. There does not seem to be any difference in the intensity of the light on those who commit egregious acts such as rape, and those who unknowingly cross a poorly-defined line into the land of “that offends me,” or even, “that makes me feel uncomfortable.” We could all learn more from Claire Berlinski’s article, The Warlock Hunt in The American Interest.

Let’s face it, we are all works in progress; actors on a stage often looking for our lines. We want to make ourselves feel good, and we want to gain the respect, friendship, and sometimes affection of others. Saying that we should all know how to behave in every situation is like saying that tragedy occurs because it is “God’s will.”

When we’re on our games, we have insight and sensitivity. We can think through the short-term and long-term ramifications of our actions. I’m not sure that I can say that about Kirsten Gillibrand and the other Democrats in the U.S. Senate (mostly women) who in a matter of a few short hours, made it virtually impossible for the self-mocking “Giant of the Senate” (Al Franken) to even report to the police that a crime was in progress. If it wasn’t a lynch mob, it must have felt that way to Franken.

What had he done? We’re still not sure. Did it warrant further investigation? Yes, because as a public figure, the public has a right to know a little more about his life than it does of others.

Where should this be adjudicated? Probably not by his peers, at least not by them when having so few facts. I will disagree with the Senator when he suggests that the Senate Ethics Committee would be the proper place for adjudication. Normally Franken can pick up on oxymorons like Senate Ethics Committee. Maybe what would be needed would be a special independent wing of the press that receives public money to investigate the alleged transgressions of certain public figures.

Franken was not given a chance. But, perhaps more long-lasting, may be the chances that Gillibrand et al took away from themselves. This was truly women behaving badly, and not in a fashion that would give one confidence in their governing ability. They essentially ignored rules of evidence and due process, two consequential elements of making sound decisions.

There is good reason to believe that the Democratic Party needs a woman presidential candidate, one who carries a minimum of baggage and has a chance to win. All the women of the Senate who “signed-on” just purchased a heavy load of carry-on baggage. As time goes on and we have further perspective on what happened in the final quarter of 2017, it’s possible that their actions will be seen as rash, ill-advised, and almost cannibalistic.

They are right that there is much for men to learn. Franken, who is perhaps as much on the Irony Channel as anyone who has ever walked the floor of the Senate, could have been the “poster boy” that the women were seeking. Once his initial transgressions came to light (through the empirical evidence of photograph), he acknowledged that he had crossed a line and he apologized for that. He let us know that he had much to learn.

Franken has been an adapter through his life; i.e. capable of learning. He was willing to learn, to try to show men how to curb their enthusiasm and curb their behavior. He could have done it; he still might do it despite insult upon injury. Could you imagine Donald Trump doing that? Roy Moore doing that? Harvey Weinstein doing that?

Franken could have still been “one of their own,” and a well-behaved and reformed one of their own. They discounted the flimsy evidence against him as well as his capability of self-reflection and to learn new behavior.

I hope that Gillibrand et al don’t have to pay too severe a price, nothing as severe as what they have done to Franken. But when they learn, Gillibrand can add an apology to her #Metoo and the rest can jump on the wagon and add their “me-too” to it as well.