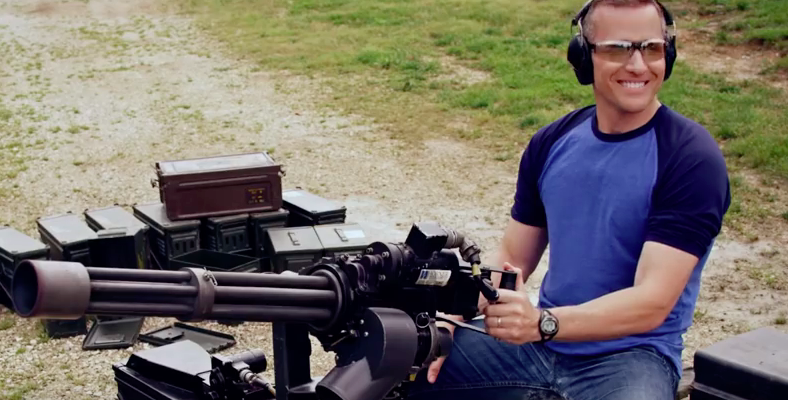 One of the excuses de jour of why to not enact stringent gun controls is that the problems would be solved if guns were kept away from those who are mentally ill.

There are lots of problems with this contention:

Considering that we are people in motion, not just physically but also mentally, it is wise to minimize our proximity to weapons that can either do harm to others or to ourselves.

Consider one of the nation’s greatest proponents of gun rights, Missouri Governor Eric Greitens. To say that he had a bad day yesterday would be putting it mildly. He was humiliated to do the perp walk as he was indicted for on a felony invasion of privacy charge for allegedly taking and transmitting a non-consensual photo of his partly nude lover. Details of what exactly happened fall short of actual facts, at least with regard to what the general public knows. But it is rather clear that there was some sadistic, if not masochistic, behavior involved by Greitens. There was clearly hypocrisy involved as he ran for governor as a man of family values (his official gubernatorial portrait is not an individual one; rather it includes his wife and two children).

But hypocrisy may be normal for politicians, in fact, for most of us. But he has other strange behaviors such as disappearing for days at a time. He is very belligerent towards others. He has few friends, even among those who are supposed to like him like his Republican colleagues.

It certainly is not for me to say that Eric Greitens is mentally ill. However, despite his military career which included being a Navy Seal, he still seems to be rather fragile. Again, that is not an indictment of him in comparison to anyone else. It is simply evidence that if we want to have a safe and secure society, we are better off having as few guns as possible within the civilian population.

Unless Greitens is convicted, he will be free to purchase virtually whatever guns he wants. That scares me. I think that it’s scary for America.

How many times has he been called one of the “good guys,” and as Wayne LaPierre, executive vice-president of the National Rifle Association says, “the only way to top a bad guy with a gun is with a good guy with a gun.”

If only LaPierre and his like knew on any given day who are the good guys and who are the bad guys. I think that’s beyond all of our pay grades, even his, which is high. To be safe, let’s get rid of as many guns in civilian hands as we can.