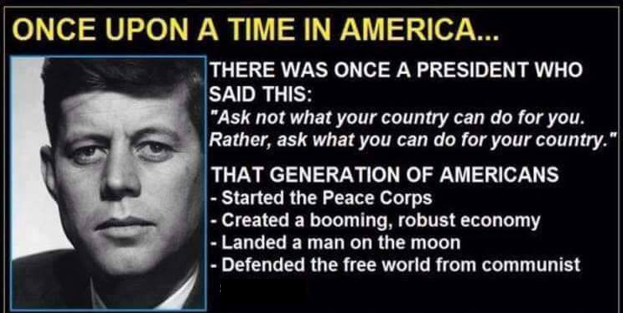 When I was growing up in the 1960s, 60% of the population lived in urban areas. What did I know about the Second Amendment? Virtually nothing. I’m sure that I read it as we studied our constitution, but it was an outlier, having virtually nothing to do with my life or the rights that I wanted to protect. Guns were something that we saw in westerns or World War II movies. I knew of the N.R.A., but only because their “seal of approval” was on some of the paraphernalia that we used at summer camp for very tepid riflery shooting.

As the statistics above show, I was growing up at a time when America was becoming more and more urbanized. One of the challenges that our country faced was how we as a society could better adapt to more condensed living. Violence in our streets was becoming more of an issue, particularly in those inner-city neighborhoods with high levels of minorities who were poor. Riots broke out in Harlem in 1964, in Los Angeles (Watts) in 1965, and scores of other major cities by 1968.

While many of us believed that better policing would be helpful, the main lessons to be learned was that we were a racially divided nation and poverty was far more endemic among those with darker skin.  The National Advisory Commission on Civil Disorders, known as the Kerner Commission, was released almost fifty years ago to this very day. Among its recommendations were:

“Unless there are sharp changes in the factors influencing Negro settlement patterns within metropolitan areas, there is little doubt that the trend toward Negro majorities will continue.

These are suggestions of reason, of compassion, of common sense. They reflect a vision of America in which non-violent steps are taken to address the existing problems of violence. Nowhere in the Kerner Report is the Second Amendment mentioned. That, truly, would have been an outlier.

Fifty years later, we are hearing from more social observers that as a country, we have regressed over those fifty years. Respect for our government, mainstream media, and many other institutions has eroded. Kurt Anderson has written about this in Fantasyland, and more recently Robert Reich in his just-released The Common Good.

But we don’t need the words of intellectuals to tell us what has happened. That portion of American people who voted in our last presidential election spoke loudly when they almost gave a popular majority to the least intellectual president in this country’s history. The social and economic programs for minorities that the Kerner Commission suggested have been replaced by venom and gun-right rhetoric coming from many disenfranchised non-minority members of our society.

And then came 2018 St. Valentine’s Massacre at Marjory Douglas Stoneman in Parkland, FL. Yes, it was not an isolated incident. It followed a series of horrific mass murders by guns, mostly with automatic weapons. But what was different was the chorus of voices, mostly student voices, that came to the fore. They spoke of reason and compassion. Many spoke of a world in which gun rights are superfluous to the major tasks of learning and living.

It is worthwhile to hear some of the most cogent of those voices. Here is Delaney Tarr:

Granted, she and others might use a dose of humility, just as those of us growing up in “educated” environments in the 1960s could have used the same. In fact, it’s possible that our lack of humility triggered a lot of the backlash the in 50 years resulted in Trump. So, with the enthusiasm and insight of youth, there needs to be an awareness that none of us, no matter what our age or experiences might be, has a corner on wisdom.

Student Emma Gonzalez does an excellent job of pointing out the impatience of her generation with adult b.s. Again, a dose of humility might be good, but let’s not toss out the baby with the bathwater.

One of the best insights on how to deal with the power of guns and the N.R.A. comes from Linda Beigel-Schulman whose son was a teacher at Stoneman Douglas and who was killed in the assault. She goes right to the connection between gun power and the lack of campaign finance laws in the U.S.

What is clear is that the students and the broader family at Stoneman Douglas were doing just fine without a fixation on the Second Amendment. They were learning and trying to improve themselves and others in the world. They are conversant with language that works, and that means that they have a high level of B.S. detection.

In many ways, we have been here before – a growing, educated society not burdened by the political influence of the N.R.A. and its membership. Somehow, we blew it. We need to learn from our mistakes. But let us not forget that an optimistic and civilized society is not one with a gun fixation. Whether the Second Amendment belongs are part of the Bill of Rights is only part of the question. Present or not, we need to elevate our conversation and insight so as to have a society in which guns are an implement of last resort, and last availability. The students at Stoneman Douglas, and many progressive adults may have helpful insight on this, but our challenge is to find a way for gun-lovers to become stake-holders in a society which is committed to non-violence and harmony, not bravado and bullying. This is a tough task, so let’s roll up our sleeves. Maybe the next fifty years will be better.