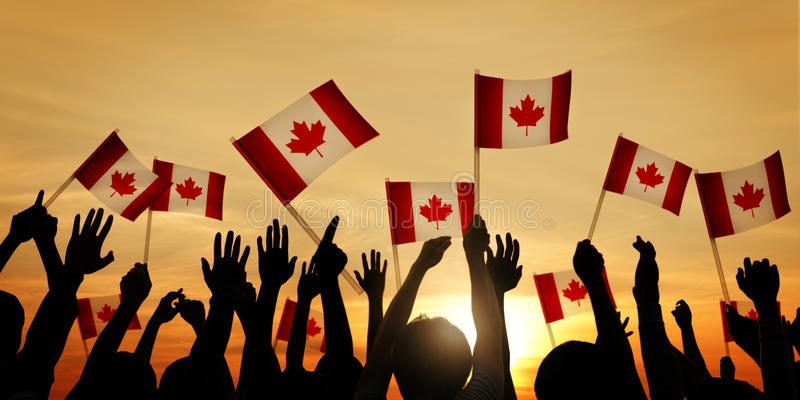 Across North America this July, flags unfurled and fireworks filled the sky. Canada celebrated Canada Day on July 1st, and shortly after in the U.S. we too fired up barbecues and poured beers to mark Independence Day.

The national holidays are typically reserved for light-hearted fun, time with friends and family, and celebration of the progress these two liberal democracies have made. Yet, this should also be a time for deep introspection on both sides of the border; of their colonial settler pasts, slave-trade legacies, and the current state of affairs.

It’s easy to succumb to headlines, and shallow stereotypes abound about Canada and the U.S. today: Those of the former as a beacon of liberal democracy in a troubled world, and of the latter as a declining superpower that has lost its way.

Contrasts are further accentuated by the respective leaders themselves. Justin Trudeau, Canada’s Prime Minister is a young, photogenic, refugee-welcoming, panda-hugging, multilateralist. Trump on the other hand, is a veritable a crooked villain with little regard for the rest of the world, Canada included.

In the U.S. groups and individuals behind the banner “Resist” have recognized the current administration for what it is: a threat to America’s founding principles as celebrated every 4th of July. They vigilantly monitor its every move, gather for marches, donate to progressive causes and are keeping informed (judging by the spike in newspaper subscriptions).

At the same time in Canada, a great majority of the public slaps itself on the back as they repeat: Gosh, we are better than that! Many progressive Americans too are quick to concur. Every election cycle there are quips of “I’m moving to Canada, if [insert undesirable candidate’s name] wins!”

One can’t blame them, for in Canada there is widespread public healthcare coverage, greater work-life balance than in the U.S., strong and growing economy, plenty of open-space, diverse populations and similar cultural understandings. There is idealism from coast to coast, a vibrant democratic debate, and even a dash of the “Europe-like” feeling in Québec.

These widely familiar trends and tropes, however, acquire a new perspective if one is to shine more light into the neighbor’s backyard.

There one finds the ongoing, and often painful, reckoning Canadians are undergoing with its past and the ongoing oppression of indigenous peoples. One too can also see the pernicious debates about the religious expression and islamophobia imported directly from France.Or witness deafness and unresponsiveness to examine systemic racist practices, as unarmed black men die on Canadian streets too.

There is also the most recent news of government committed to fighting climate change by acquiring an oil-pipeline. Across the provinces there is also pain among the working classes in former industrial towns, a reality well known to Americans in the Midwest, as economy changes and opioids are abundant.

The mention any of the above in Canada is often considered uncouth, particularly among its white liberal circles. It’s right up there with a loud fart in a crowded elevator. The well-to-do classes profit from the stability and self of self-righteousness.

However, Canadians, especially young Canadians, are speaking out. At times they are called rude for pushing back against the status-quo, other times they receive death threats for their activism. They are, however, undaunted and would profit from ideas and knowledge exchanges with their American counterparts.

The “resist” camp, while deeply American and context-specific, should also be a broader call to us all. Naturally. in Canada as America’s next door neighbor, and with shared histories and similar liberal democratic values. But also more widely. In places as far away as Ethiopia, where according to the latest Human Rights Watch report from July 4th, torture and abuse abound, to Poland, where the justice system is crumbling and democracy is under threat.

Today we have the digital tools to connect and share information. It is easy to get past the headline clichés of others lived experiences if one tries. Let’s make the best use of them, lend neighbors a helping hand in their social justice struggles and extend a lifeline to those doing similar work beyond America’s borders.

Ultimately, it makes all of us better off.

Bojan Francuz  is Public Leadership Fellow at the Jeanne Sauvé Foundation in Montréal and co-founder of CityInclusive, a social impact initiative focused on tech and inclusive community engagement in cities. Previously he worked as a community organizer advocating for immigration reform in Chicago, IL and as a policy advisor for various governments on security and disarmament issues at the United Nations headquarters in New York , NY. He tweets @francuzb