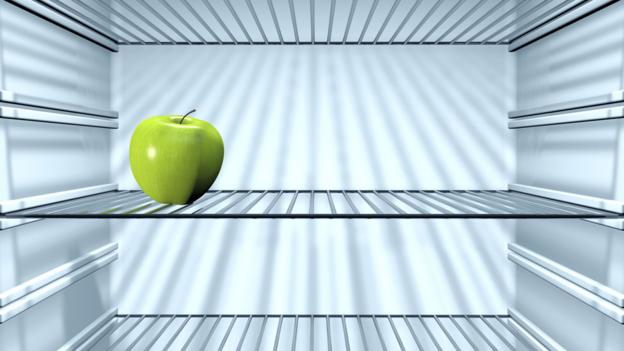 For more than forty years, scientists and environmentalists have been sounding the alarm about climate change. In 1975 Dr. Wallace S. Broecker, who first introduced the term “global warming,” published his landmark paper that modeled  the relationship between the burning of fossil fuels and temperature rise. It was also in the 1970s that ExxonMobil’s own in-house scientists conducted studies that raised red flags about fossil fuels and climate change. That suppressed report motivated ExxonMobil to launch a multi-million-dollar, multi-decade disinformation campaign—the effects of which we’re still living with today.

As the chorus of credible voices on climate change has grown ever louder over the years, scientists, environmentalists, politicians, concerned citizens, and the media have struggled to craft a compelling narrative to communicate to a skeptical American public both the short- and long-term impacts of climate change. Although nearly every avenue of communication has been tried, according to recent polling nearly fifty percent of Americans continue to reject the fact that climate change will affect them during their lifetimes.

Without a doubt, the effort to normalize climate-change denial has ramped up since Donald Trump captured the White House. Incredibly, at least twenty current appointees at major governmental agencies are climate-change deniers. Trump appointees at agencies vital to the health and safety of Americans, like the United States Department of Agriculture, the CIA, the Department of Homeland Security, the Department of the Interior, and the Department of Housing and Human Development, have expressed in various ways their doubts about the human causes of climate change. Trump himself has muddied the waters by repeatedly denying and denigrating, through his off-the-cuff comments, the documented conclusions of the government’s own climate researchers, space agency, and military.

Listen to your stomach

What will it take to wake up doubting Americans to the greatest challenge humankind may ever face? Publication of the results of scientific studies have failed. Charts and graphs have failed. Dramatic videos of melting ice and glaciers and predictions about the coming devastation to coastal communities of sea-level rise have done little to change the minds of skeptics. Heart-rending photos of dislocated islanders abandoning their flooded homes and devastating videos of starving polar bears gain temporary traction but then are forgotten. Warnings about melting ice caps fall on deaf ears. Climate-disaster blockbuster movies fail to translate into real-life perceptions. Appeals to deniers’ better angels and the oft-repeated religious belief that Earth is a god-given gift to humanity that must be cared for and stewarded with care seem to yield only temporary concern. Entreaties about the responsibility to pass on to children and grandchildren a rich and diverse world—all have failed to break through the psychological barrier of denial.

If science, religion, ethics, love of family, or scare tactics have failed to convince doubters of the reality of climate change, what will? Could the answer to that question be that the disappearance due to climate change of some of our favorite comfort foods will do the trick? In other words, is the way to climate deniers’ minds through their stomachs?

Some of America’s favorite comfort foods and kitchen staples may either be on the edge of extinction within the next few decades or their availability and affordability threatened by rising growing costs due to the effects of climate change, like changing seasonal weather patterns, drought, or temperature rise. It may be time to remind climate-change doubters that we might be looking at a world in which favorite foods like apples, avocados, bananas, chocolate, coffee, corn, beer, wine, honey, and much more may no longer be available or may end up becoming affordable only to the wealthiest among us.

Here are a few of the predictions:

The trees on which America’s favorite fruit grows need a certain period of winter chill to produce economically viable yields. Rising temperatures are disrupting the apple-growing season and causing apple trees to bear their fruit sooner. Rising winter temperatures will most likely force apple farmers to breed new cultivars that require lower chilling temperatures, which might affect yields and taste.

The Cavendish banana, which is the commercially grown version sold in supermarkets, has been under a devastating attack by the Panama disease,  which taints the soil in which banana trees are grown. The fungus is rapidly spreading throughout Africa and Asia and could spread more rapidly as climate change encourages spread of the pathogens. According to experts, if the fungus spreads to South America, banana lovers can say goodbye to this staple unless scientists succeed in breeding a new, pathogen-resistant variety.

In the early 1990s, the fungal disease called witch’s broom knocked out 80% of Brazil’s total cocoa output. Today, scientists fear that fungal diseases could send the cocoa bean into extinction because of the plant’s limited genetic variation. The projected higher temperatures in West Africa also pose a significant threat.

Researchers predict that by 2050, up to 80% of the land area suitable for growing coffee—particularly in Brazil and parts of Central America—could become unsuitable for growing due to higher temperatures and changing rainfall patterns, all of which would pose a risk to the global coffee supply chain.

As global warming progresses, corn yields in the U.S. (now at 300 million tons produced each year in the U.S. alone or 30% of farmland) could decrease by 30 to 46 percent and even up to 63 to 82 percent if faster warming rates occur. Corn is everywhere in the American food chain. From feed for beef, chicken, and pork to ingredients derived from the corn kernel that are used in a multitude of processed foods—Ingredients like corn syrup, corn oil, corn starch, ascorbic acid, acetic acid, citric acid, and more.

The documented decline and large-scale disappearance of honeybees linked to pesticide use and climate change points to the decline or total loss of honey production in the future.

Water and hops, the main ingredients in beer production, are under threat by the changing climate. Warming winters are producing earlier and decreased yields of hops. The National Resources Defense Council warns that between 2030 and 2050 the difficulty in accessing freshwater is “anticipated to be significant in the major agricultural and urban areas throughout the nation.”

Studies are beginning to show that temperatures in California’s wine-producing regions, like the Napa Valley and Sonoma, are becoming too high to grow wine grapes. Predictions of production loss in California over the next fifty years come in as high as a potential 85% decrease. In France, extreme weather, like hailstorms, drought, and heavy rain, are threatening the viability of some of the country’s most iconic wine producers.