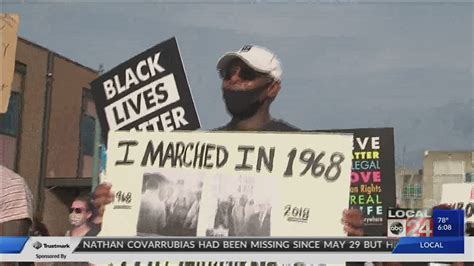 2020 ranks with 1968 as one of the most unsettling years in American politics. The similarities between the two years are striking, but it is difficult to find shared catalysts explaining what caused them to be so filled with dysfunction. However, a common denominator might be found further back, in 1954.

On June 9, 1954, the Army-McCarthy hearings in the U.S. Senate were coming to a close. That afternoon, Senator Eugene McCarthy was belittling an innocent witness named Fred Fischer. But Joseph Welch, who was the chief counsel for the United States Army, interrupted McCarthy, saying, ” Have you no sense of decency, sir? At long last, have you left no sense of decency?”

That lack of decency goes a long way in defining large segments of the body politic in1968 and 2020.

In 1968, there were two horrendous assassinations, first of Dr. Martin Luther King on April 4 and two months later of Robert F. Kennedy. These events came in the wake of the kick in the gut American sustained five year earlier when President John F. Kennedy was slain in Dallas.

Discount everything else that happened in 1968, and there was quite a bit, both good and bad, but the fact is that in less than a decade, three of the most remarkable leaders that America has ever produced were assassinated.

The assassins all opposed the progressive policies of the Kennedys and Dr. King. Liberals felt they were deserving of a form of reparations for their losses; something to try to compensate for what they had endured. But a large segment of the population did not feel that payback was in order. They were angry, and added to the misery by piling on to the mountain of discouragement progressives were experiencing. These opponents to progressives had no decency.

If you were a Republican in 1968, you might have had enough of the Democrats’ approach to Vietnam. You may have felt that Black people were showing a lack of gratitude for the passage of Civil Rights legislation. Richard Nixon’s demand for “law and order,” may have appealed to you. For those on the right who were savvy, “law and order” was a dog-whistle for racism.

What if those three assassinations had not happened? Democrats would not have been the scarred and fragmented party of Lyndon Johnson and Hubert Humphrey. Instead, America might have been celebrating renewed social and economic progress under two terms of President Kennedy, limited civil rights advancement (limited because JFK was no LBJ when it came to twisting arms on Capitol Hill), and renewed American prestige among the nations of the world. JFK would likely have found a way to extricate the United States from Vietnam because he was too smart to let a problematic war undermine his entire presidency. The Democratic nominee in 1968 might have been Bobby Kennedy, or it could have been another young, dynamic liberal.

The “Have you no sense of decency, sir?” theme appeared again with the arrival of Donald Trump. In 2016, no matter what reservations you may have had about Hillary Clinton, how could a reasonable person vote for Donald Trump, or sit out the election?

Did voters not have the decency to honor Barack Obama for all that he had done for the country? If nothing else, Obama was as decent and honorable a president as the United States has ever had. Eight years in office and not even a scintilla of scandal. Eight years in office promoting policies based on empathy and logic. Obama was certainly no LBJ when it came to cajoling members of Congress to look at the greater good rather than their parochial interests, but he was also facing a much more entrenched Republican Party. In 2016, he deserved to have his legacy honored, not tarnished.

Thirteen percent of voters who cast their ballots for Barack Obama in 2012 bizarrely flip-flopped to Trump in 2016. Combine that number with the 2012 Obama voters who sat out the 2016 election, and Trump gained the necessary margin in a sufficient number of states to win the Electoral College.

The common thread that connects 1968 and 2020 is that a near majority of the population was hardened to the belief that they do not owe any considerations to a decent person who has served them well. They know of no reason to rise above their prejudices and honor someone who appealed to their better angels. Currently, there is no better example than Senate Majority Leader Mitch McConnell who threatens to debase the name of Supreme Court Justice Ruth Bader Ginsburg as he unceremoniously tries to ram through a last-minute Trump appointee. This is in total disregard of what McConnell did to President Obama’s nominee in February 2016. This act is reflective of what has made both 1968 and 2020 so dysfunctional.

1968 and 2020 are characterized by turmoil, fear, confusion, uncertainty and discord. Race is a common theme in both years. In 1968, Congress passed the Fair Housing Act. Three years earlier the Voting Rights Act had been passed and the year before that the Public Accommodations Act. After all that had been achieved, how could Blacks in 1968 be angry with the politically dominant white class?

The answer lies in the concept of rising expectations. Prior to 1964, there was pent-up demand for racial change. When change began to occur, oppressed people understandably wanted more. Half a pie was better than no pie; but they felt that they deserved full equality. This was not happening.

Similarly, in 2020, people of color are taking stock and they see that many continue to suffer unnecessarily. Add the ongoing drama of police officers cavalierly killing and injuring innocent Black people, and once again, people of color know that their status in America is far from equal to that of Whites.

Of course, there are also distinct differences between 1968 and 2020. Fifty-two years ago, we were mired in an interminable war that was poorly explained and showed no prospect of either victory or extraction. In 2020, our wars are less hot, as in cyber and the machinations of modern dictators. We are also dealing with an unchecked pandemic, one that is largely the product of the mythological beliefs of our president. Deaths from the pandemic occur in less violent ways than Vietnam, but their number is far greater and equally unnecessary.

1968 was the year before the first Americans landed on the moon, and Americans held science in high esteem. There was consensus that applying the knowledge of NASA to other needs in our society was beneficial. 2020 is different, as skepticism of science has become a norm for many conservatives. It seems to be tied to the pro-life family values agenda of the right, but the connection is still difficult to fathom.

In 1963, Lyndon Johnson came into office with the best of intentions and was well-received early in his term. But Vietnam caused him to die a slow political death. By 1968, he was a beaten man.

In 2020, we have a president who is a product of his own dysfunctions and those of his loyal supporters. Had more voters honored the legacy of Barack Obama, Trump never would have won the Electoral College in 2016.

The election of Nixon in 1968 was a victory for fear and even hate over moderation. If Trump wins again in 2020, the future will be far worse than it was in 1968. Hopefully, enough Americans will have the decency to elect Joe Biden.