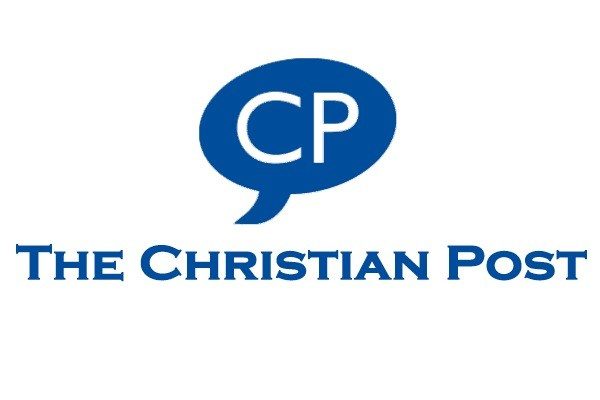 One of the crucial trends in the 2016 election was the 80-plus percent of white evangelicals who voted for Trump. A likely explanation is Trump’s ostensibly pro-life position, but there’s more going on here. A particularly interesting article that came across my Facebook feed this morning suggests other reasons evangelicals might continue to support the far-right.

The piece is a Christian Post editorial from the Rev. Mark H Creech, entitled “Can a Christian Be a Democrat?”. Creech lists six reasons that the Republicans are more in line with Christianity than the Democrats, quoting from a tract by Wayne Grudem entitled Politics According to the Bible. They are as follows (I paraphrase and quote for brevity):

Before we tackle these principles, I’d like to note that my purpose here isn’t to prove that Creech is a hypocrite or politically and historically uneducated. I also don’t endeavor to prove that Democrats are better than Creech says; I’m a socialist, not a liberal, so I feel less obligated to defend liberals. The point, rather, is to illustrate how a certain type of Christian, generally older and white, reliably vote for hard-right candidates. I put it down to the superstructure.

In Marxist thought, the “base” refers to the physical forces and relations of production in society, i.e. how employers and employees interact and how people produce what they need to survive. The “superstructure” is cultural and political customs, power relations, institutions, and ultimately, the state itself. As Marx and Engels tell it, the superstructure is largely created to justify the base. In feudal society, the concept of divine right was created to justify serfdom. In capitalist societies, more complex mechanics are at work: racism, classical economics, and power dynamics help justify why our economy is normal or Panglossian. It’s a crude distinction but it works for our purposes here.

Creech and his ilk have given religious significance to every aspect of the superstructure, not just religion. When Creech talks about how “smaller government and allowing people to keep the fruits of their labor” is Godly, he only looks at the exact distribution of wealth in this exact moment. By this logic, progressive taxation and social programs are just stealing, which violates one of the Ten Commandments. But this assumes that the economic system is natural, the product of hard work and nothing else. It might surprise Creech to know that the entire world-system on which his economic beliefs rely is the result of five hundred years of outright slavery, the exploitation of poor farmers and workers, colonialism, and a century of American-led coups against regimes that might in any way disrupt the Western wealthy. Then again, Creech might see all of this as Godly, too: America had to enslave Africans and dominate Native Americans to bring them the light of Christ (though Christianity in Africa predates America’s very existence). He would probably also explain away the tens of millions of deaths from late European colonialism, roughly 1870 – 1970. But more likely Creech didn’t even think of the historical sources of wealth. With little emphasis on history, all he can do is to protest that redistributing the wealth squeezed from the workers of the world is anti-Christian. A certain passage about a camel passing through the eye of a needle comes to mind.

In this vein, capitalist consumption becomes holy, and its end result, the destruction of global ecosystems, is only an “assumption that development of the earth’s resources will cause damage to the environment.” Never mind that the UN and David Attenborough warn us that the collapse of civilization and its natural resources are now within sight. Never mind the politics of how we get our fossil fuels. God put them there for us to consume, so go nuts.

That’s how economics is folded into religion: It’s only natural, not the result of human endeavor and malfeasance, and is therefore correct and Godly. But it’s not just economics: everything else gets sucked into the superstructure, which to Creech is righteous because it is simply the way things are. Take military force, which is necessary because “evil is something innate, which requires strong military and police forces”. Evil exists and must be combated. Thus, every bit of interventionist foreign policy is justified, from the Indian Wars to the Middle East.  For instance, radical Islam, especially ISIS, must be fought tooth and nail. However, the righteous Christian should definitely not think about America’s support for the source of Wahhabism, Saudi Arabia, or the fact that Bin Laden himself was a US puppet in the Afghan rebellion against the USSR. Because if historical context is applied, the US foreign policy and intelligence apparatus never comes out looking Godly.

Domestically, it justifies police brutality. I’ve even seen a few Christians online who think Colin Kaepernick’s kneeling during the national anthem at NFL games was anti-Christian because “God Bless America” is sometimes played too.

In this way worship of God becomes the adoration of every aspect of currently existing society: The military, the police, the intelligence community, the uniformity of suburban life, gender roles, and on and on. It’s all holy, even if Gospel refutes it or the Jewish tradition from which evangelicals claim to take inspiration outright contradicts it. It would be amusing, for instance, to see hard-right evangelicals try to explain how the Jubilee Year promotes capitalism.

But this isn’t a Christianity with theological depth. This is a Christianity of cliché and pablum. It’s telling that in the article, Creech mentions that he told an elderly parishioner that her “use of tobacco wasn’t consistent with a better Christian walk.” Smoking is bad, he says, but I suspect his concern has less to do with lung cancer than it does with the aesthetic of smoking. Gangsters smoke. So do hippies. Therefore, the upright Christian should refrain from smoking or talking to smokers. Jesus would never stoop to associating with lepers or prostitutes.

In the same way, Creech and company say, we should vote for the normal, the traditional, the comforting, and not the foreign, the weird, the rabble-rousers. A retreat into an imagined past by making American great again; Politics as aesthetic normalcy. In this final stage, religion degenerates into the enforcement of conventional wisdom, the deployment of clichés: “socialism doesn’t work”, “Don’t worry about money”, “America is the greatest country”, “God bless our troops”, “Obama is vaguely foreign and dangerous,” and, ultimately, “Good Christians vote Republican”.