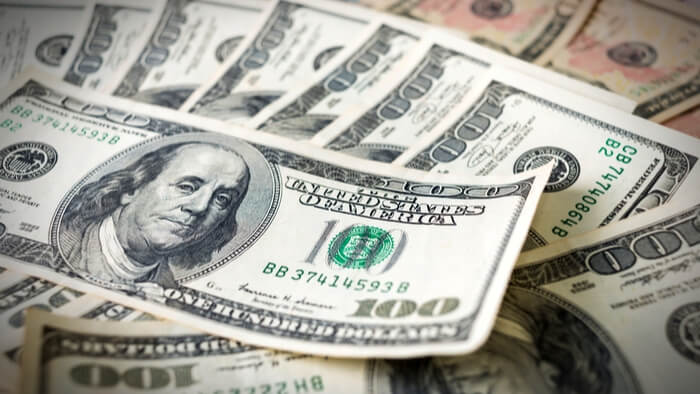 We need public financing. And we need it immediately.

When I began my very long-shot campaign for the Democratic party’s nomination in Missouri’s 2nd Congressional district, I knew that my campaign would concentrate on political reform. I spoke ad nauseam whenever I had the chance about our need for fundamental reform across elections, ethics, and, in particular, the way we fund our campaigns.

I went into this campaign already convinced that money was a corrupting influence that we should not ignore. My experience across the 216 days I campaigned only solidified my already strong opinion that money is a corruption and that political reform must be our priority.

Cort VanOstran was a fine candidate. He worked hard. He campaigned with passion and conviction. You can say he deserved to win the Democratic nomination. But you can’t say that he deserved to win by as much as he did. Nor can you say that the process was fair.

His campaign had a lot of things going for it. But the tragedy that we can’t ignore is that only one of those things really mattered: the amount of money he was able to raise – an amount that dwarfed the amount raised by this closest competitor, Mark Osmack.

By the time the August 7th primary was held, the battle for money wasn’t even close.

Cort raised and spent a little more than $800,000. Mark was only able to raise a quarter of that.

Both Cort and Mark announced their candidacies over a year earlier –  in the summer of 2017. But after just a couple of months, the winner was already crowned. Cort had won the most important primary of all, the “money primary.”

Recall, by the way, that there was another very popular candidate in this race, Kelli Dunaway. As the only woman running for the Democratic nomination, Kelli should have been a favorite. But after just a few months of campaigning, Kelli dropped out. Chief among her reasons for her exit, “I was getting my ass kicked in fundraising.” (her words).

Those early numbers are pretty shocking. By the time Kelli dropped out (November 2017), Cort had already raised over $200,000. This included 20 donations from contributors donating the maximum amount, $2700. And 71 individuals contributing over $1000!

Compare that to Kelli. At the time of her withdrawal, Kelli had raised just 18% as much as Cort (about $38,000). That included only three maximum contributors and 10 contributions of over $1000.

Mark’s numbers at that point were even worse. Four months after starting his campaign, Mark had raised a paltry 8% of what Cort had (about $16,000). This included just one $2700 individual contribution and only two donations of over $1000.

Let’s not fool ourselves. Cort won by as much as he did because he was able to do what Mark and the other candidates couldn’t: advertise on TV and bombard mailboxes with campaign literature. Only he had contributors with that kind of money.

Three days into my campaign a Missouri Democratic party leader approached me and told me to drop out. One month later, that same party leader approached Mark and strongly encouraged him to drop out. Mark’s supporters weren’t as generous with their ActBlue donations as Cort’s. And to the Missouri Democratic party, that was a high crime that deserved impeachment.

Please don’t misconstrue my point. I know that Cort was a fine candidate who worked tirelessly. But the same can be said of Mark. Shouldn’t both men have been given an equal opportunity to make their cases?

As a candidate myself in this race I enjoyed a front-row seat to the campaigns of both Cort and Mark. They worked their rears off! They each had great ideas. And they each attracted a large number of passionate supporters to their ranks. But what I learned most from my experience is that the passion of one’s supporters isn’t important if those supporters are not wealthy. In this corrupted process, we’re fooling ourselves when we talk about passion. The wealth of one’s campaign contributors is what matters overwhelmingly.

Cort didn’t crush Mark because he was a superior candidate. He crushed Mark because he had a lot more wealth on his side. The nomination wasn’t won by Cort. It was purchased.

I pity the American that doesn’t see the tragic injustice in that and who doesn’t want to do something about it.

And let’s not fool ourselves into thinking that the amount of money that you raise is a direct reflection of your hard work, perseverance, or some other heavenly virtue. Yes, you have to work hard to raise money and I’m sure Cort worked tremendously hard.

Most troubling is this question: How much of Cort’s fundraising superiority was a product of unique external factors – factors not available to Mark or other candidates? Factors related to Cort’s position in a prestigious law firm and his connections with Democratic party insiders? Factors that blocked Mark and Kelli from the same resources necessary to get their message across to voters? Mark and Kelli didn’t know the secret handshake. And for that, their campaigns were doomed.

The Democratic primary in MO-2 proved our process is tragically unfair. Nothing will change until we demand real reform. And that is where public financing comes in. I’ve never been more convinced of this.

In such a system, each of the candidates would be allowed to prove their viability by going out and raising “seed money” – thus demonstrating their seriousness. Taxpayers would grant qualifying candidates with vouchers that would allow them the opportunity to broadcast TV commercials and to send out mass mailings.

Candidates that would want to forego public financing and raise and spend money the old fashioned way would still be allowed to. But candidates without those same deep-pocketed enablers would now be given more of a fighting chance. Public financing levels the playing field.

Imagine the 2018 Democratic primary again but under a public financing system. Mark and Kelli would probably have still been outspent – but with public financing, they would have had a much greater opportunity to compete with Cort.

Wealthy Americans should be afforded many privileges in America. But a monopoly to determine which candidates are viable and which are not, should not be one of them. Public financing gives qualified candidates with great ideas but without wealthy connections a chance to compete.

Most importantly, a public financing system would change our political campaigns for the better; transforming them from the farces for funding that they’ve become and into the contests of character and position that true democratic republics require.